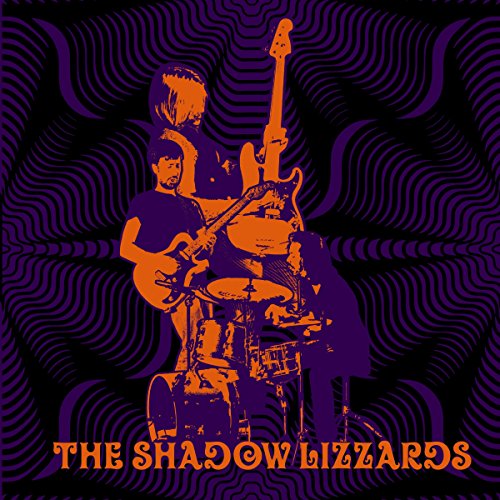 They prefer dark, hot and dusty places like the deserts of Southern California. Unfortunately, The Shadow Lizzards come from Nuremberg, Germany, but that doesn’t kill their groovy Desert Rock vibes at all. Another trio follows in the steps of Vintage Rock bands like Kadavar & Co. With their self-titled album, The Shadow Lizards release their first album after their formation in 2015. The band delivers a great Rock sound with fuzzy guitars, grooving drums and a lot of hammond organ action, the best part of this genre. The ten tracks of the record tick off every to-do list for perfect albums. You’ll get an instrumental opener with “Power On”, some songs to shake your hips to like “Breathtaker” & “Warzone” and last but not least a bluesy ballad – “Go Down”. Fans of old-school rock like Steppenwolf will like this record as well as Retro Rock newbies.

THALL! Welcome to the technical side of dirty Doom sounds mixed with Djent rhythms and extremely downtuned six-strings. Combine it with vocals that let your own vocal chords bleed by only hearing one verse and you got “Mark Of Rot”, the current debut release of Denmarks Cabal. The bone-crushing heaviness gives you a constant feeling of uneasiness – but still, you can‘t get enough. With guest appearances by Thy Art Is Murder‘s CJ McMahon and Filip Danielsson of Humanity‘s Last Breath, the Copenhagen-based Cabal join forces with two of the most anticipated vocalists regarding Deathcore or Technical Djent. This thing is a massive and intense beast with some hidden gems that should be heard.