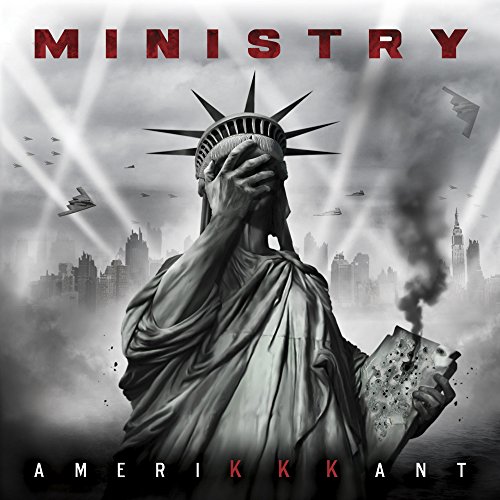 Fans might be happy that Ministry are still around to record another album – everyone else will just shake their heads at the edgy-titled “AmeriKKKant”, which annoys the listener with samples on end and many “songs” that lose themselves somewhere between boring ideas and sound effects. Actually, the first half of the record feels like a 20-minute intro to an album that does not seem likely ever to come. They get back on track with the punky “We’re Tired of It” and the harsh but melodic “Wargasm” – all this is not enough to call this a good album, though.