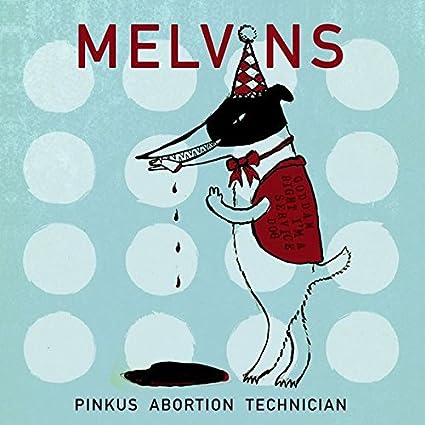 There are so many ways to describe the great Melvins and none of these words will ever describe them more perfect then “restless”. The combo around Buzz Osbourne cannot let a year go by without releasing a new record – their newest masterpiece is called “Pinkus Abortion Technician”. To realize it, the trio got Butthole Surfers bass player Jeff Pinkus involved. We know the Melvins’ line-up with two drummers or two guitar players, but two bass players are something innovative for the band. The record itself is a variation of new songs and covers. The opener “Stop Moving To Florida” is a combined cover version of the James Gang song of the same name and the Butthole Surfers’ song “Moving To Florida”. A Beatles track is as well part of the album as the band’s own songs, which breath the well-known brute-noise sound of the Melvins. Even if you’re not a fan already, you should definitely check this record out and become one.