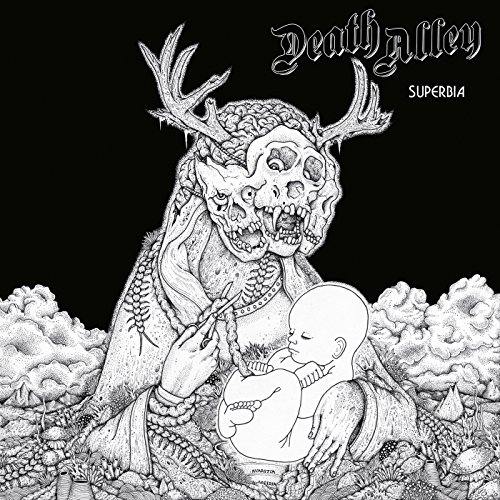 The Dutch Retro-rock outfit Death Alley is back in game. With their second album “Superbia”, the foursome brings some groove on your record player. The band wanted to evolve their style after releasing their debut “Black Magick Boogieland”. This came out pretty good since their Prog Rock influences come out more clearly now. In the opener “Daemon”, they combine dark grooves with hymnic parts á la King Crimson and their trademark riffs. In “Murder Your Dreams” you’ll hear elements of the members’ Punk Rock past. Unfortunately, the other side of the coin of having an own recognizable sound, is the danger of repetition. Sometimes you get the feeling, that everything sounds pretty similar. This does not necessarily have to be a bad thing since we all listen to our favorite records over and over again. If you’re looking for the darker little brother of the Hellacopters, you should give “Superbia” a spin.